Danielle is the heart and soul of Mood Swing. She founded the band in September 1999 and has been the lead singer and front person since. Danielle has been performing since she was a child and performed all through college in the Buffalo area then returned to Syracuse to continue performing with the premier band Chemistry. Her love of music is shared on a daily basis as a music teacher in a middle school. Danielle’s powerful and diverse vocals along with her ability to play various woodwind and stringed instruments give Mood Swing its distinct and unique sound. 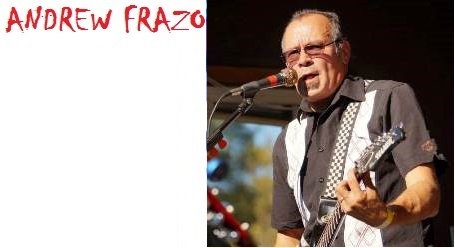 Andrew is no stranger to the stage. This Rochester native began singing in bands in high school but, after hearing VanHalen’s “Eruption”, turned his focus to guitar. During the 80’s he performed extensively throughout Western NY with such bands as Deuces Wild and Vixen. Andrew is a seasoned professional, has performed countless shows and shared the stage with such groups as Badfinger and Love Affair. That experience and talent is now applied in Mood Swing.

Dave discovered his love of drumming at a very early age. High school band and jazz band enhanced his natural talent and the experience lead to his success in the music honors programs at OCC and Crane School of Music. Dave not only performs but writes music, was the Percussion Instructor for the 1998 & 1999 NYS Champion Phoenix Marching Firebirds, was a member of the 1997 DCA Champion Syracuse Brigadiers Drum & Bugle Corp and now the “official time keeper” for Mood Swing.

Mark started his career in 1986 in bands like The Allnighters, with whom he toured Japan and the northeastern United States. Since going solo in May 1991, Mark performed in concert with national headliners like Eddie Money, Orleans, Cheap Trick, and the Subdudes. Mark’s versatility, fun personality, great sound, and fierce professionalism enabled him to excite and inspire audiences from his home base of Syracuse, New York, to Central Florida, and across the U.S. and Europe. Over the years, the Syracuse Area Music Awards (SAMMYS) recognized him with four nominations. Mood Swing is excited to have Mark in the band!

Rolland has been a staple in the Central NY music scene since 1975. He has played with Kentucky Moon, Paul Case Band, Abraxas, Paul Case Trio, Steve Webb Band, Sharp Dressed Penguins, Big “D” and The Tasty Cafe, New York Express and Mr. Monkey. He also, regularly fills in with Jane Zell and The Zelltones, Vitamin X, Gary Dunes and The Delltunes and an on-call bassist for many of Syracuse’s best bands. Rolland has hosted Shiftys’ Open Mic for 24 years, He is also builds custom basses and is on staff at Victor Wooten’s Bass and Nature Camp in Only, Tennessee (http://www.wootenwoods.org) and lends all these talents to Mood Swing.

Music for your every MOOD!

Mood Swing is the best kept secret in Central NY...

• Ranked in the top 8 to 16 most popular bands in Central NY since 2014 by the voting for the SAMMY's People's Choice Award!

• Plays a variety of Rock, Jazz, Country, Blues, Funk and all points between from the 40s to now!

• Fills its calendar every year with Private Events, Corporate Events, Summer Concert Series and Festivals a year or more in advance!

• Has over 90% recurring clients (we like it when our weddings clients only book us once)!

• Has been performing all over New York state since 1999!

Contact us and let Mood Swing help make your special event a success!

When you want only the best in live entertainment for your festival, private party, corporate event or wedding reception, please consider Mood Swing!

Find us on WeddingWire